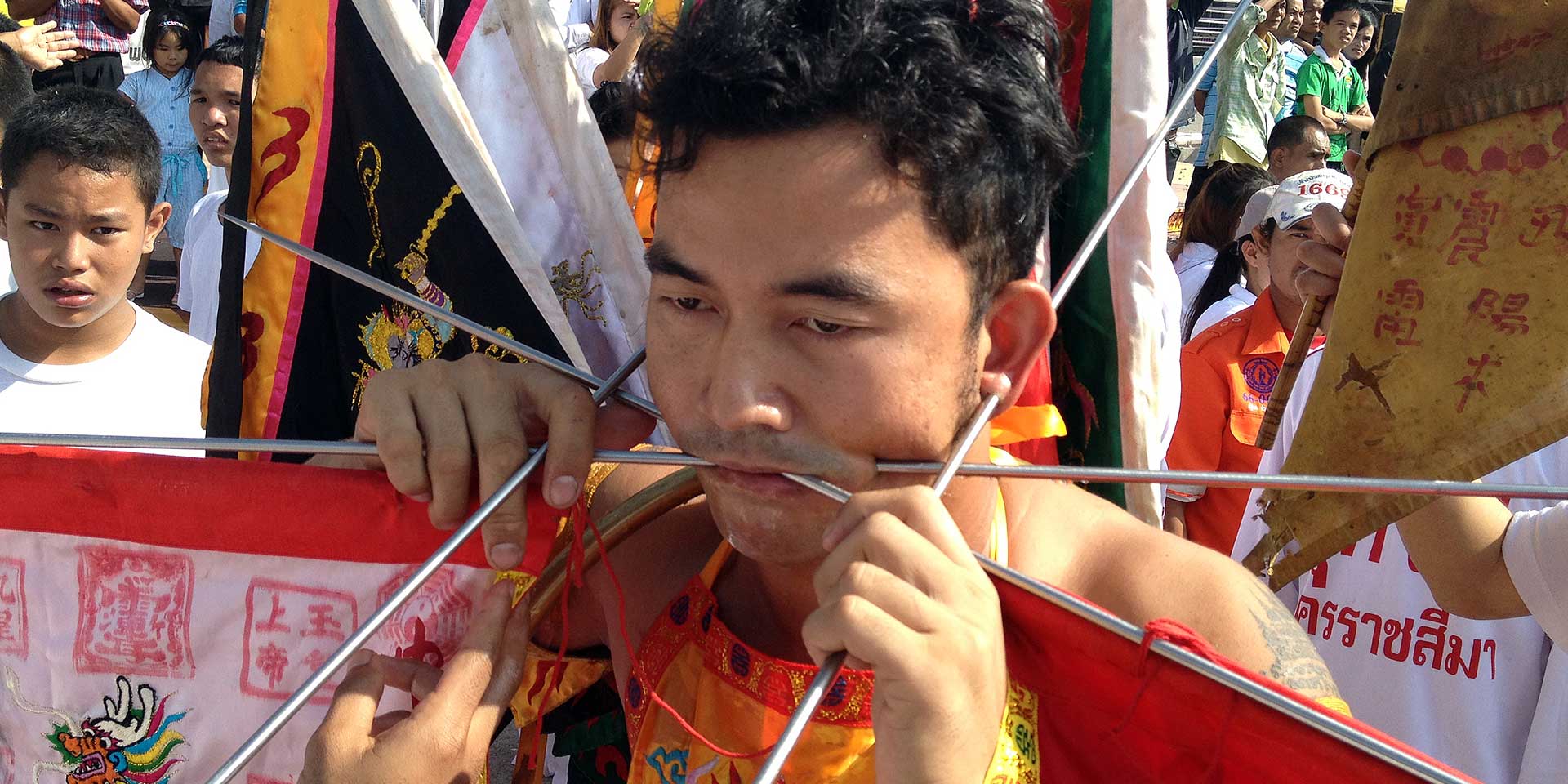 The supernatural has long fascinated humankind, playing a big part in everything from children’s fairytales to Hollywood horror movies. But did you know it’s possible to witness the supernatural in the flesh? What if you were to journey to a far away, magical land to encounter the supernatural? What would you be willing to wager that you wouldn’t walk away unmoved or unchanged by such an event? I recently took up that challenge, and encountered souls unafraid to smile at the dark side and almost eager to watch it smile back.

The city of Korat, Thailand, a four-hour drive north of Bangkok, offers such a chance, at the “Nine Emperor Gods Festival”, a spectacular annual event that I had been keen to witness ever since I first came to live in Thailand – and this year I finally made it. 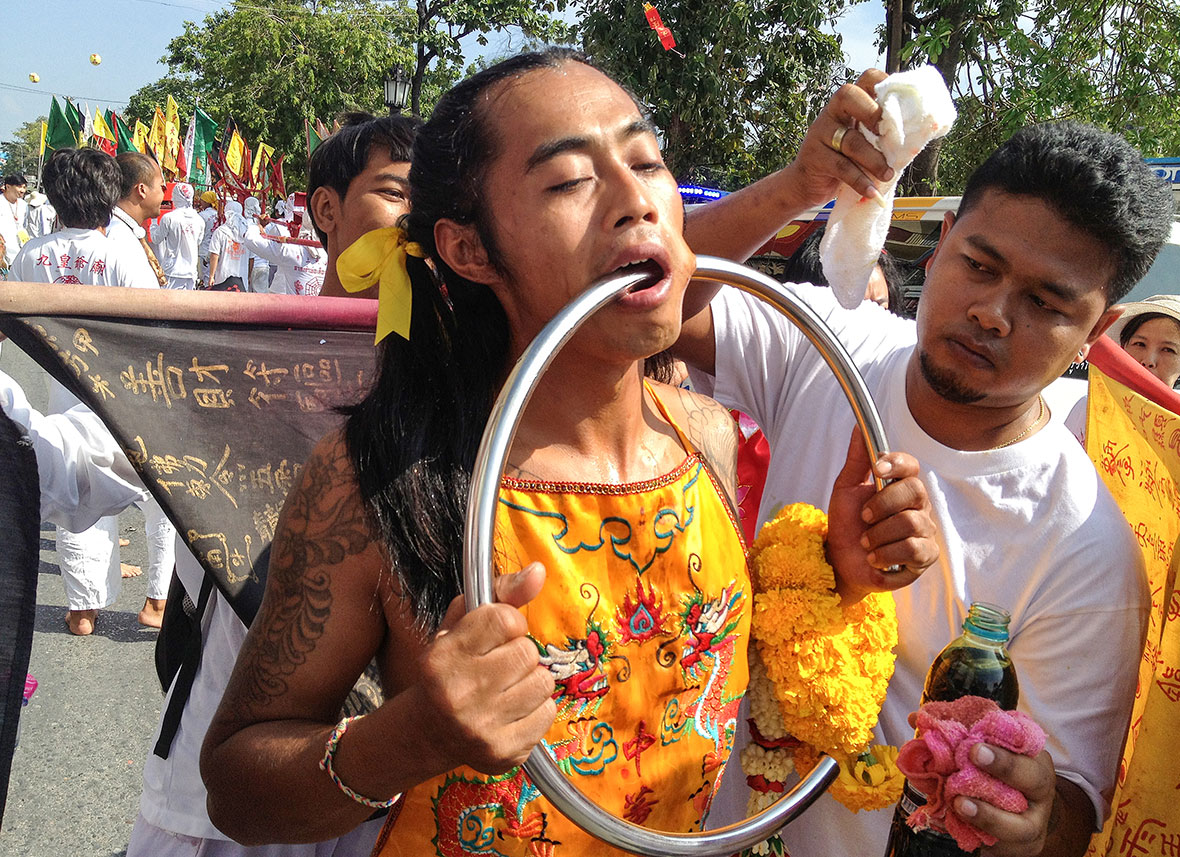 The festival starts in the morning, in the center of town. As I watched the scene unfold, it seemed almost frighteningly ordinary at first. There was a pantheon of cars gathered that had been elaborately decorated, not unlike parade floats. Each vehicle featured one or more of the nine emperor gods, the nine sons manifested by Father Emperor Zhou Yu and the Mother of the Big Dipper, the honoring of whom is said to absolve one’s sins and bring good fortune. 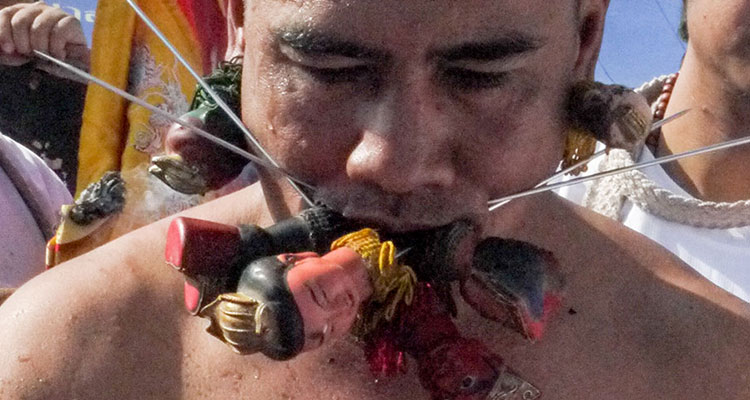 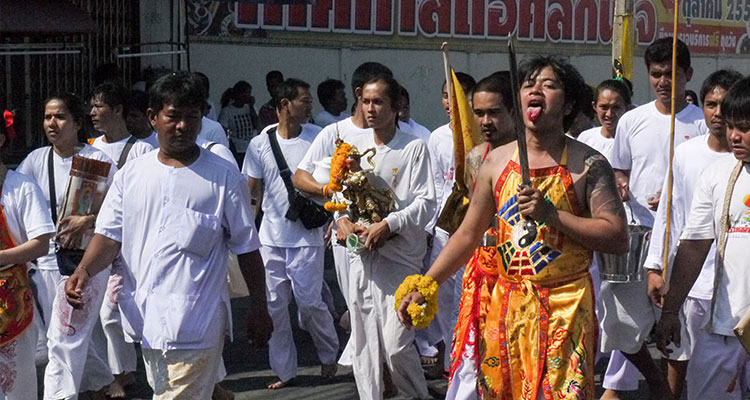 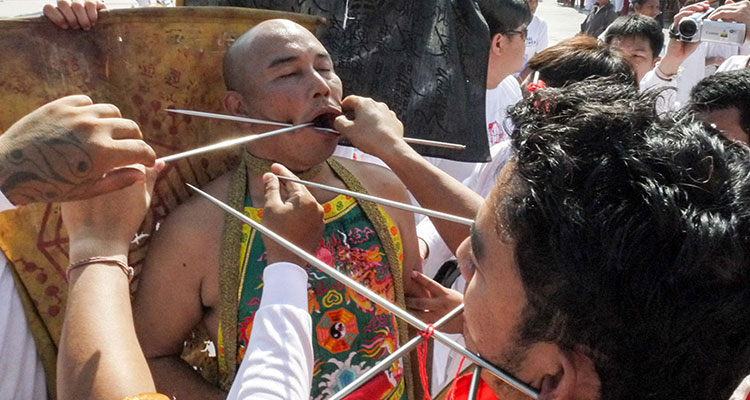 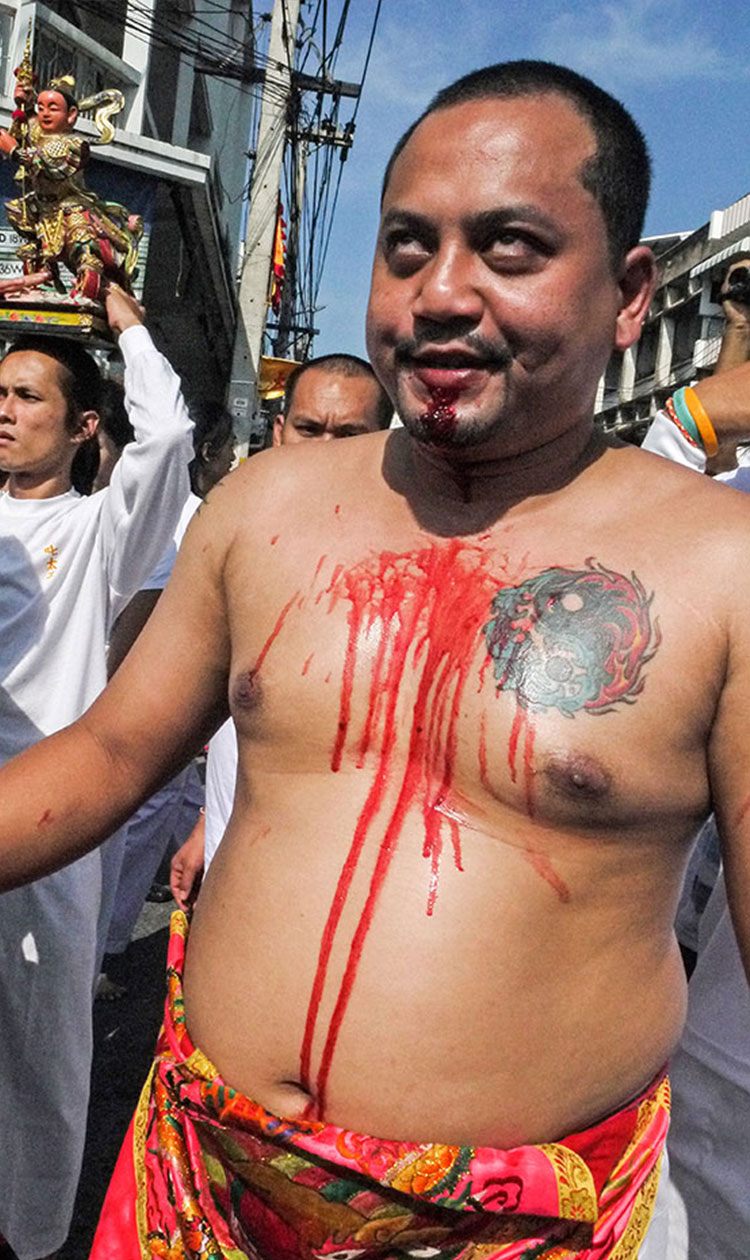 The “Mah Song” (“mah” means “horse” and the “song” are pure, unmarried men or women who will be used by the spirits during this ceremony) gather together and are worked into a trance prior to having their bodies pierced. Once pierced, boiling water is poured on the wounds, but since the devotee is in such a heavy trance, they (allegedly) feel no pain. The point of this mutilation is to demonstrate devotion to the gods and their beliefs. Once “initiated,” the Mah bless followers, before heading in a group into the city, as part of a procession. Well-wishers watch from the sides of the road and receive blessings along the way. 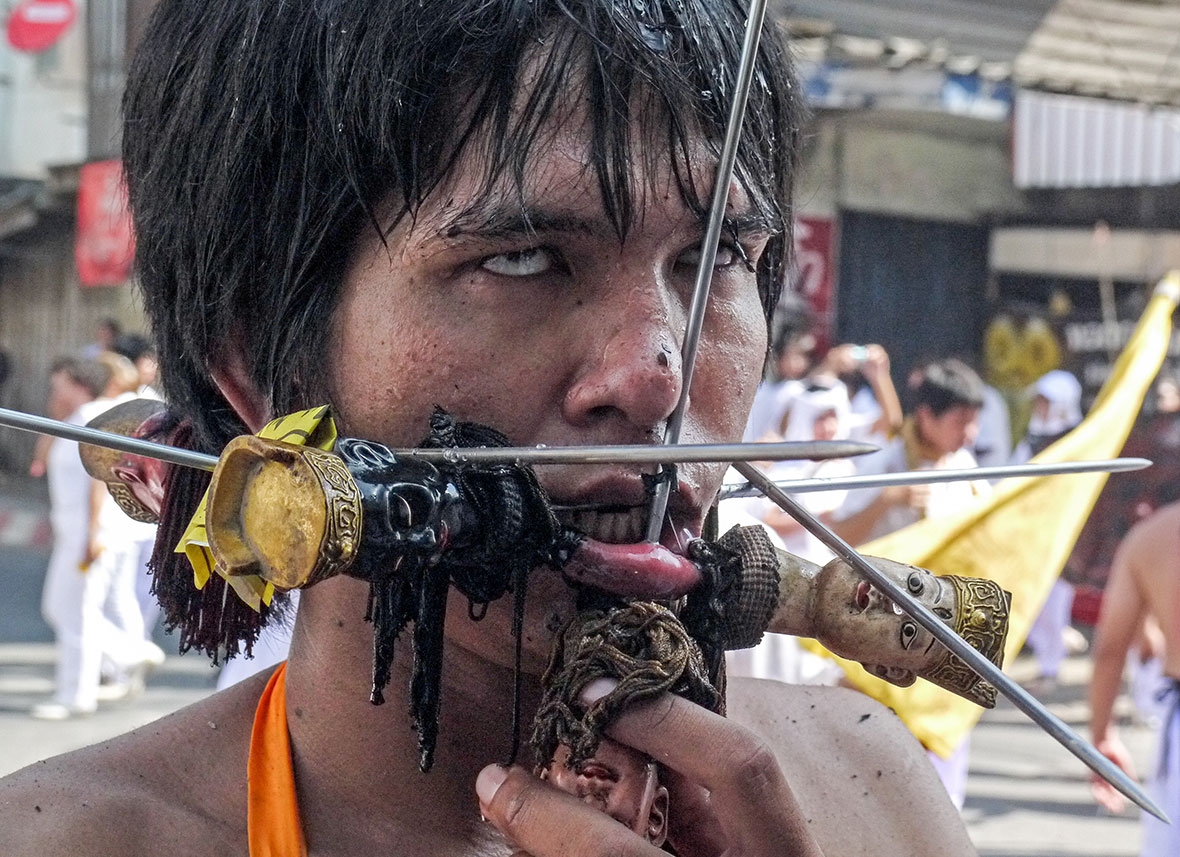 Following the event, almost as mesmerized in my own way as the participants, I began to understand it as a unique, even crazed religious celebration with plenty of blood. To top it all off, there were an incredible amount of fireworks going off. Every time the procession would pass an intersection, there was a heavy barrage of fireworks as the Mah Song self-mutilated with swords, pieces of glass and other objects that wouldn’t make it through airport security.

When I asked around, the locals told me point blank that it is not unheard of for participants to die during this festival. The reasons for this are unknown, but range from the physical to the spiritual. Have a look at my video footage and you will witness what appears to be rapid-eye movement (REM) and other mystical phenomena which indicate, at the very least, an altered state of consciousness. 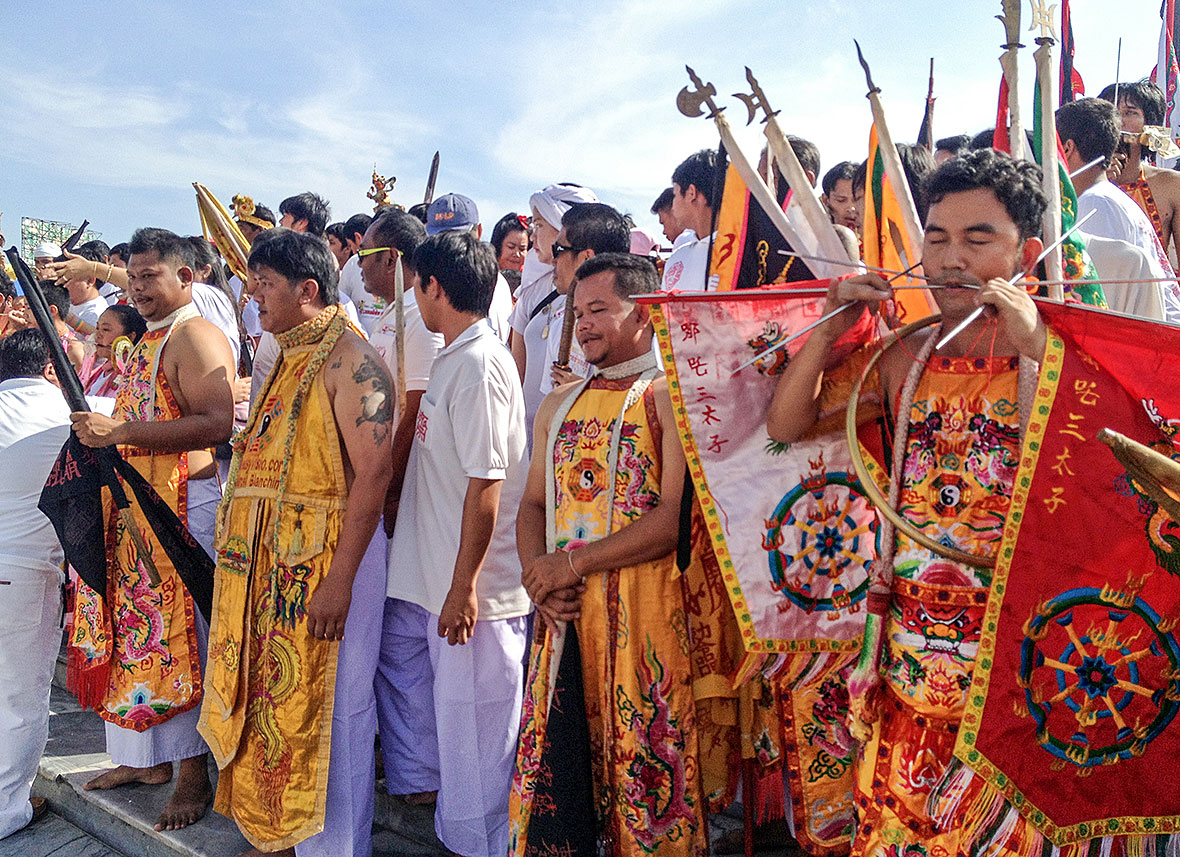 The Nine Emperor Gods ceremony takes place during the “Tesagan Gin Je”, or “Vegetarian Festival” in several Thai cities— most notably Nakorn Sawan and Phuket. Mah Song has been adapted from the Thaipusam tradition in India, and is mainly practiced by Chinese-Thais, who possess their own unique sub-culture in Thailand, and are known for their excellent success in education, economics, business and other fields.

Very few non-Thais ever make it to Korat to witness this event – in fact, this year, I was the only foreigner there. Why not investigate this eerie, supernatural sensation for yourself – if you dare? 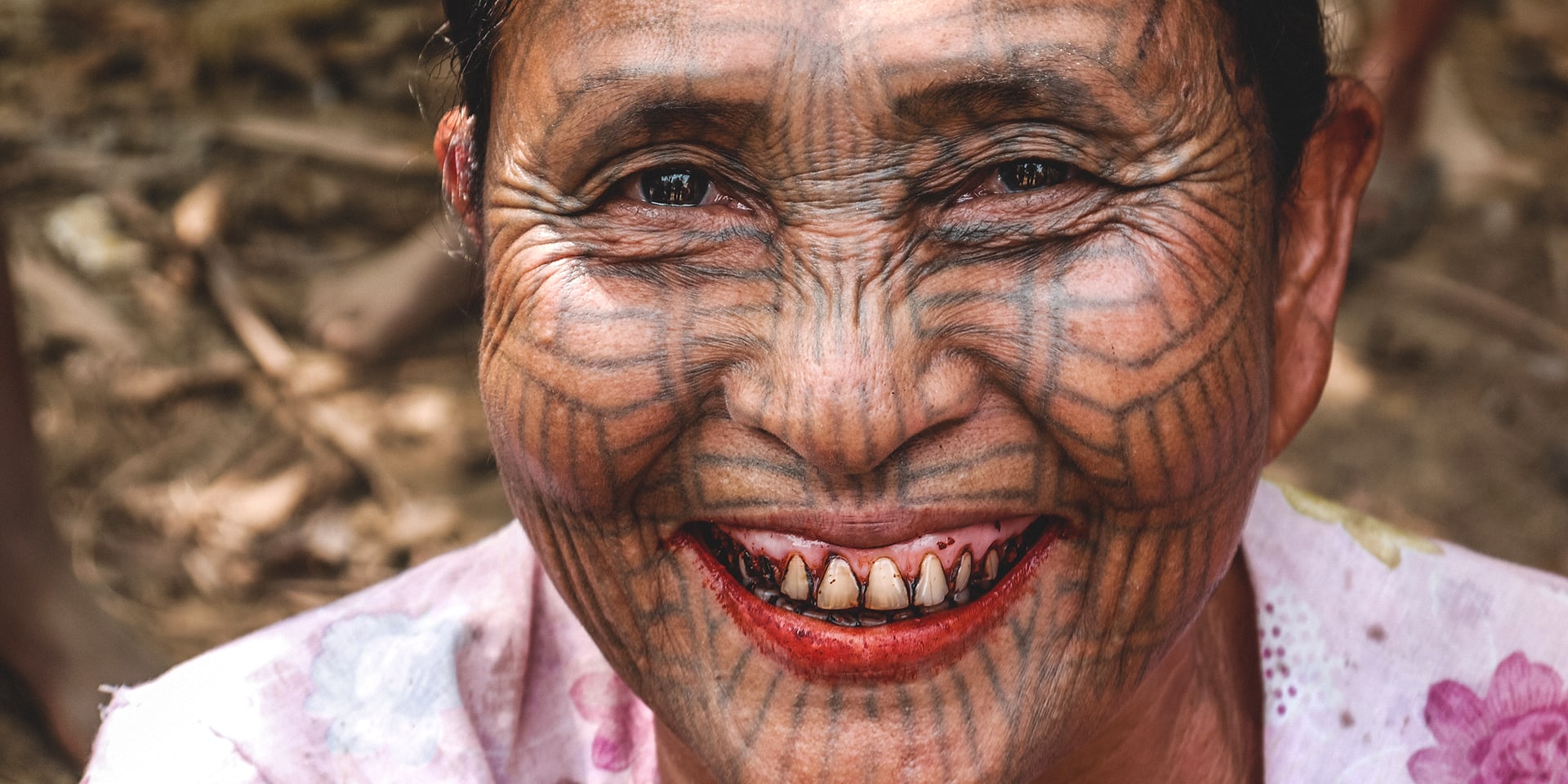